Warning: Declaration of WPDI_Plugin_Installer_Skin::feedback($string) should be compatible with WP_Upgrader_Skin::feedback($string, ...$args) in /nfs/c07/h03/mnt/100686/domains/thelightinhereyesmovie.com/html/wpg/wp-content/themes/mai-lifestyle-pro/includes/dependencies/wp-dependency-installer.php on line 434
 Outreach - The Light in Her Eyes Movie

Hind has worked extensively within the American Muslim community on civic integration, interfaith dialogue and youth empowerment since 2001. She was a 2008-2009 Fellow of the American Muslim Civic Leadership Institute. She is one of the co-founders of One Chicago, One Nation, an initiative to unite the Muslim community in Chicago. Hind received her BA in International Relations from Brown University.

Erin freelances in documentary filmmaking and outreach, engagement, and social media management. Previously, she worked for Interfaith Youth Core and the Parliament of the World’s Religions. Erin has spoken on religion and the media both in the US and abroad, and her photography and videography have appeared on ABC, BET, CNN, and PBS. Through Soliya, Erin is involved in cross-cultural facilitation between Western and predominantly Muslim societies. Erin received her BA in Religion from Carleton College.

Born and raised in Lebanon, Lama moved to Philadelphia then Los Angeles to pursue her Film and Media Arts degree. She has worked on several school projects and is now interning with The Light In Her Eyes – right in line with her interests in working on films about the Middle East.

Born in Los Angeles to a Syrian family from Aleppo, Mustafa spent his life living between both cities. This, paired with his education in Film Theory & Criticism and Anthropology, led him to his current occupation as a Cultural Consultant and Dialect Coach on films set in the Arab World. One film of which, Thief, won the Gold Medal in the 2011 Student Academy Awards. He also volunteered as a Coordinator for the Arab Film Festival in LA for the past three years. 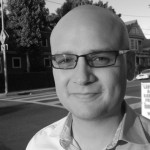 Abraham led media literacy workshops for misrepresented communities throughout Los Angeles. He works as an educator in his South Central neighborhood and pursues an MFA in the Film and Video Program at CalArts.